Attention: Don't Buy Guest Post Until You Read This

Our mission is to help companies and digital marketers succeed.

Why are we sharing the insider secrets?

Hi my name is Tyler DeWitt, I am the President and CEO of DeWitt’s Media, Inc.

I am sharing this with people in the hope of educating companies on the risk of guest post links.

I am going to share some insider secrets with you.

There was a time when guest post link building was not such a huge risk. This is not the case today though.

It’s important you are informed.

Sad to say, most companies won’t inform you of the risk involved.

There are a lot of companies that prefer to just dupe you (take your money). Not all companies, but they do exist.

The last thing you want is your hard earned investments going to waste. They’ll blame it on algorithm updates.

Granted algorithm updates can cause fluctuations in rankings. BUT not to the extent where you are gone.

So let’s read on, so you can learn how to avoid these pitfalls. I will also discuss low risk linking strategies.

We always educate our clients the risk involved with guest post. We also do this through speaking engagements.

Guest post link building must be executed by a professional.

There are so many sites dropping out our Google now days that are participating in guest post link building.

This is exactly why we tend to shy away (at times) from guest post link building.

Instead we focus on building high quality links that are placed by universities and real organizations.

David was searching for a company to buy guest post from through Google. David found a company to do this for him.

David ended up buying over $100,000 dollars in guest post in about a year period from one company. Sad thing is this company did not inform David of the risk involved with buying guest post.

Eventually David begin ranking for all his terms. He was in the top 3 for all his keywords. David was lit with energy.

David was pulling in a profit margin of about $15,000 a month after all expense through SEO. You can’t complain right?

That’s what he thought…

One morning David checked his sales from the day before. They were down by 90 percent. He did a search on Google, he could not find his site. His site was gone from the first page which is clearly signs of a penalty.

David was in a state of panic for months. For months he desperately tried everything without any success.

David even had trouble paying his business expenses among other things. It was really bad for David.

David contacted us. Told us his story. We did a link audit. The link audit returned some nasty results.

We filed a disavow with Google hoping for the best. I even crossed my fingers after hearing his story.

We then started an aggressive resource link building campaign.

Within about 12 months we had David’s keyword rankings up by almost 300 percent. His rankings are still there today.

Now do you really want to play with big Google. David almost lost everything he had including his home.

What could cause you to get a penalty?

Let’s just say yes and no.

Today Google is dropping sites out of the search results left and right.

Here are some strategies to keep your linking profile more natural looking.

What is the most effective linking strategy?

One of the best ways to minimize your risk (possibly eliminating all your risk) is to focus on resource link building.

Resource links by far are the best way to build links. Resource linking is the cream of the crop.

We focus on getting links from universities by pitching high quality content.

View this case study, to see how we built over 250 links in under 6 months which resulted in a 300% increase.

Case studies executed by our CEO

Case Study: 264 Links In 6 Months Including EDU and GOV links

What do our clients have to say about us?

Dewitt's worked closely with our unique needs to increase auto insurance quotes and sales through PPC and organic search engine optimization and exceeded my expectations! 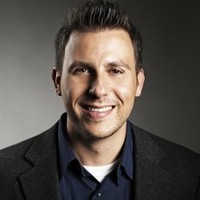 Cesar DiazPresident Of Online Auto Insurance
Tyler from DeWitt Media is the professional you want in your link building team. Faster, accurate, Honest and the most important - Delivers 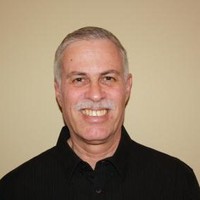 Elchanan RotstainPresident Of Search 3W
Our experience with Dewitt's Media has been excellent and we highly recommend them. Just after a few months of consulting work with Dewitt Media we began to rise in search engine placement and our traffic grew exponentially. Dewitt's Media really does know the secrets of the SEO industry and we will continue to confide in their expertise every step of the way.

Brands we work with?

Our CEO's most recent speaking engagement on link building

Our experience with Dewitt’s Media, Inc. has been excellent and we highly recommend them. Just after a few months of consulting work with Dewitt Media we began to rise in search engine placement and our traffic grew exponentially. Dewitt’s Media, Inc. really does know the secrets of the SEO industry and we will continue to confide in their expertise every step of the way.